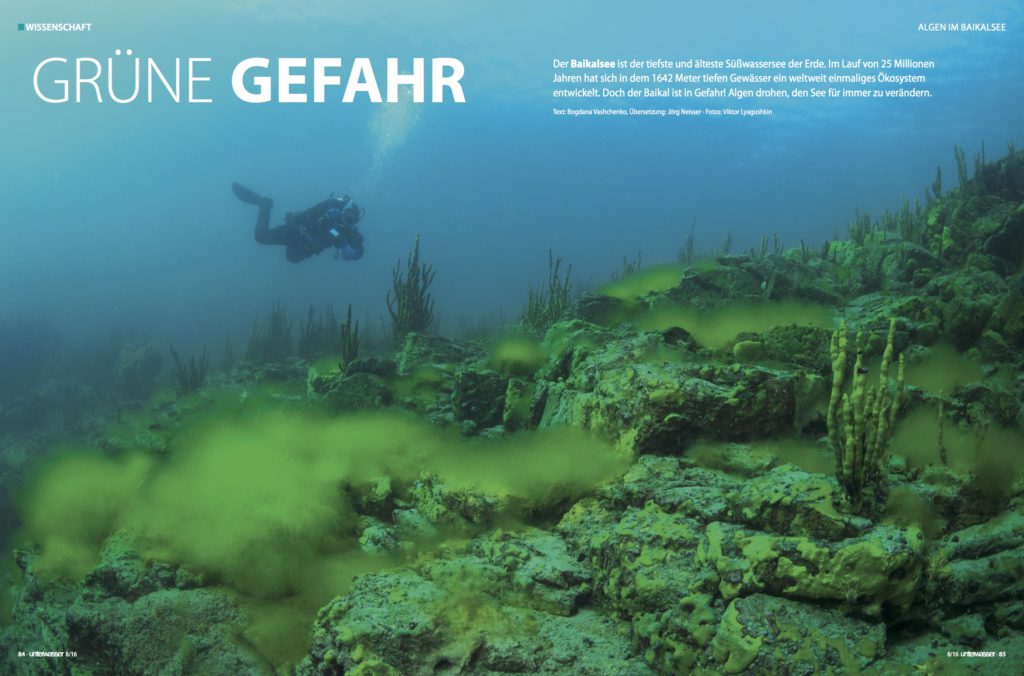 Few years ago scientists had some worries about big  amounts of algae, which had been never part of the Baikal lake biosphere. The alien algae grew year by year and now it seized almost the whole part of the lake shore, up to depth of 40 m. The whys of it is a result of growing touristic activity and absence of normal water and waste water facilities.

The main problem is not the algae by itself, but the changes it started in the shallow waters. There are hundreds of endemic species living in Baikal are now threatened and may disappear within several years.

The planet will still have the lake as a reservoir of the fresh water, but as unique water body with unique life we may lost it forever.