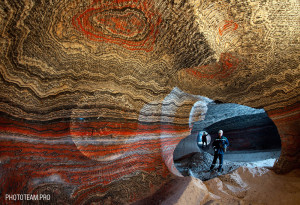 Gigantic layers of sylvinite deposits had formed on the place of the ancient oceans. Layer by layer sediment fall down while an ancient sea came and go. So now the rock sylvinite is a mixture of rock and potassium-bearing salts: red, greyish, black and blue.Complex ornament had appeared in a layered sylvinite due to the constant tectonic movement at the moment of the rock formation.

This marvellous mine is located in the town of Berezniki, Perm district, Urals, Russia 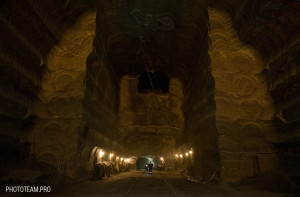 The Sylvinite ore is important not for its beauty but for its importance for humans life. Potash produced of Sylvinite is a fertilizer which saved entire regions of crop failure and famine. Also potassium improves important properties, which are not seen at first glance.  The content of oil in olives, of sugar in beetroots, the thickness of wheat ears – that is very important for economy.   For example, without the “interference” of potassium it would be impossible to export most tropical fruits, such as mangos and bananas.  By thickening the wall of the mango just for a couple of millimeters, potassium does not allow tropical mosquitoes to bite through the fruit and preserves the most part of the harvest from perishing. In the past, without potash two thirds of mango cargo delivered to Europe rotted on the way.

The story begins when photographer Viktor Lyagushkin succeed to take good photographs during the press tour. The company management was immensely impressed, they never imagined there is such beauty in the mines. Then Viktor convinced them, that if they let him do some additional photo shooting, it would be possible to make a feature story for the National Geographic (Russia) Magazine, which would improve image of the company. Besides that the company would have great photographs to use.  And the company management agreeded with the photographer, allowed him to work in the mines. 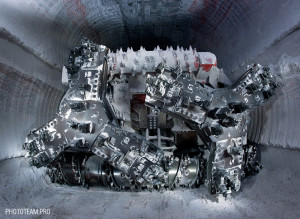 “We had strict schedule, – recollects Viktor, –  and should follow it accurately, because every minute which I spent there cost a lot of money. The heading machine cuts of nearly 10 tons of ore in one minute. One ton costs about 400$. You may easily calculate how much did they loose when they let me go there and stay for hours to make pictures.

The miners work in one of the most beautiful places in the world, which they created by themselves but they have no time to see and understand how stunning the mine is. They see just the darkness and dust in the light of their torches and driving light. They have good money, their salaries are very high, their families and children have everything they need. On other hand, it is very hard work. There is a driver of heading machine at one of my photographs. He is about 40 but hard work and rock dust get his skin old and made him look like an elderly men.

When I did my photo shooting, I were looking for the best spots and I asked miners where was the most beautiful place in the mines and they answered that all the places looked equally ugly. And when they saw the resulting photographs they were overwhelmed”.

To have a look at the gallery please click here 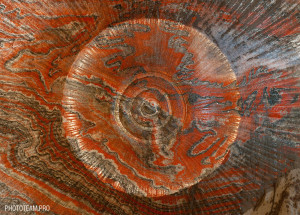